Let’s not forget that we are human beings!
Let’s start the journey and find ourselves again.

When humanity regains space, egoism has no chance!
The well-being of everyone goes before the well-being of single persons.
A “PSI-walker” stands for the own transformation of consciousness
to escape the dominations of ego.

Become a “PSI-walker” to emerge as a self-determined soul!

The PSI-walker community was founded to give humans worldwide the opportunity to go along with the intention of “Stormy”. “Stormy”, the symbolic soul traveller, who in stormy times manages to convey a message worldwide, which arrives where the HUMAN BEING is at home. This home, where egomania no longer occupies a place, can only be created through a collective transformation of consciousness!

When one ideologically joins the PSI-walker community then one is willing to develop into an independent thinker, instead of continuing to sit on the dead limb of the respective prevailing consciousness as an adapted system caretaker and waiting for the collective hammer to fall. We, the adults of today, are responsible for leaving a healthy spiritual heritage to our descendants. This task of soul development is NOW to perceive!

Follow “Stormy” and get rid of the weapons of defeat …

Something to think about …

How should anything change here when humans are always ignoring their soul impulses and are so stuck in their superficiality? What needs to happen that humans recognize their true task in life and to perceive it with humility?

Although society is flooded with negative news every day, no one applies a lot of effort to question: “Why is that? Why does it happen? Why and how does morality become more and more decadent?

In this way, a human simply does not get to the bottom!

Instead of devoting oneself with anticipation to the own transformation of consciousness and experiencing the result of soul development, one prefers to live rotten compromises and is afraid of change. In one’s own subjective inner distress (out of a feeling of disappointment) one begins to mock life and struggle with life.

We invite you ALL to indulge in a moment of reflection and question yourself:

Read and learn more about it in the HAPPY-FUTURE-POSTULATE with the title:
“ESCAPE or The Necessity of a New Matrix of Consciousness”.

We will only be able to keep our planet healthy when we TRANSFORM our morbid thinking into a new consciousness aligned to harmony!

Today’s “Fridays for Future” has induced me to write this blog post. In the last weeks and months, you have probably heard about the 16-year-old environmental activist Greta Thunberg in the media. Since August 2018, she has spent every Friday working for climate protection and demanding a rethink on the part of those responsible and decision-makers. Her courage has inspired and encouraged many like-minded people around the world to fight together for a better world.

A rethink and a general course correction are necessary!

Not only with climate change, but in all areas of life it demands a restructuring! A proverb says, “As you sow, so you reap.” However, many people live so carelessly from one day to the next without ever thinking about where our society actually catapults itself with the prevailing structure of thoughts.

Everything, which was considered a yardstick up to now, has not proved itself in any way and no matter where you look, everywhere is chaos and unsolved problems are predominant. No wonder that we are literally beaten to death by negative news and headlines every day. This promotes the inner dreariness in humans even more and makes them discouraged until resignation or resignation to fate.

Be honest with yourself: How often have you just taken notice of things with the thought, “That’s the way it is!”?

Alone one often feels like the lonely call in the desert and believes that nothing can be moved or changed. But this is a fatal misbelief! This predominant body of thought really ruins humanity!

It is time to STAND UP and pull TOGETHER for a healthy world!

Exactly, for this reason, the PSI-walker community was founded. People forget one thing: With all the technological progress, it is fatally forgotten that we are only allowed to inhabit this planet in order to develop as human beings. A circumstance of responsibility and obligation for EVERYONE! We have to change the dominant, disease-causing, and destructive body of thought! The disaster, which manifests itself in destruction, conflicts, wars, diseases, etc., comes quietly on tiptoes!

A “PSI -walker” consciously embarks on the journey to become a knowledgeable person of the laws at the subtle level and to gain knowledge about the things that (subliminally) steers and controls history.

A “PSI-walker” is the architect of the own future!

Only with the transformation of consciousness, together we will manage to get rid of the weapons of defeat!

Learn more about “Stormy” and the PSI-walker community HERE! 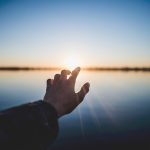